The University of Dayton hosted the 2018 NIRSA Regional Basketball Championships on February 9-11 in Dayton, OH. This was the first NIRSA Regional Basketball Championship of the year, and it was an incredibly success event. In total, 224 participants from 11 women’s teams and 8 men’s teams competed in 44 games to crown the tournament champions. Pool-play games on Friday and Saturday led to an exciting day of tournament play on Sunday. The Ohio State University defeated Ohio University 40-33 in the women’s championship, and the University of Wisconsin-Madison defeated Northern Colorado University in the men’s championship. Congratulations to both teams, and good luck at the national tournament!

Additionally, 21 student officials and 37 professional staff/graduate assistants from 32 different institutions volunteered at the tournament. The All-Tournament Officials were Kristian Pullam (University of Wisconsin-Whitewater), Quaniece “Q” Spearman (Mercer University), Jack Schmiesing (Miami University – Ohio), and Leah Johnson (University of Wisconsin-Madison). All officials and staff volunteers did an amazing job, and the tournament would not have been successful without their hard work and dedication. Thank you to all who attended! 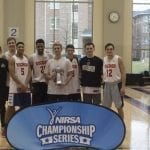 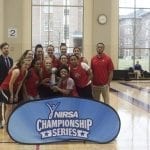 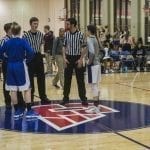 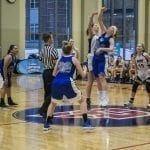 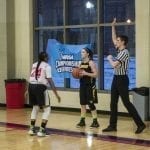 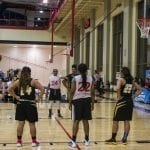 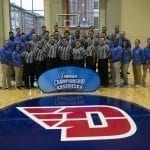 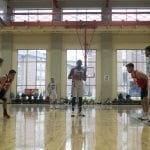 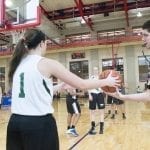